Beamish, The Living Museum of the North has been listed as one of Lonely Planet’s top UK experiences. Beamish is among only 16 North East places featured in the guide, which is published today (13th August) and features museums, festivals, pubs, cathedrals and more.

Rhiannon Hiles, Beamish’s Deputy Director, said: “We were thrilled to find out that we have been included in the Lonely Planet’s Ultimate United Kingdom Travelist.

“To be featured in this guide, providing advice on places they think people should experience with sights to ‘humble, amaze and surprise’ is a major achievement for Beamish.

“We welcome over 750,000 visitors a year to the museum and aim to ensure that their experiences are something to remember and that they will become longer term supporters, helping to place the museum as an integral part of what it means to visit the north of England.

“To be included in the listing is fantastic news and we are looking forward to welcoming those people who have been inspired to make a visit having taken note of the new Travelist recommendations.” Beamish is the North East’s most popular museum and paid-for visitor attraction, welcoming more than 750,000 visitors each year, including thousands of international visitors.

The museum has around 500 staff and 500 volunteers. Our £20million Remaking Beamish project – the biggest development in our history – is now underway, featuring a 1950s Town, 1950s Farm and expansion of our 1820s Landscape, including a coaching inn where visitors can stay overnight.

Inclusion in the new Lonely Planet’s Ultimate United Kingdom Travelist is the latest accolade for the museum. Emily Hope, who works at the museum’s Entrance, was named national VisitEngland Tourism Superstar 2019 and we also won the Tourism and Hospitality Award in this year’s North East Business Awards. 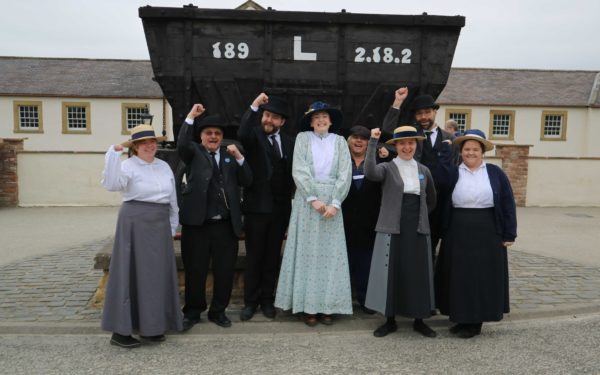