Remaking Beamish is the biggest development in Beamish’s history. The exciting project includes over 25 new exhibits and attractions and is bringing a new era to the museum in the form of a 1950s Town and 1950s farm.

Visitors can visit Front Street terrace in The 1950s Town and get their hair done, buy delicious fish and chips, sit in the booths in John’s Café whilst listening to the jukebox, and visit the replicated home of famous North East artist Norman Cornish. Coronation Park opened in The 1950s Town in May 2022 and features a putting green and traditional playground, and there’ll also be a cinema, toy shop, houses and more!

We’ve rebuilt a 1950s upland farm from Weardale, and we will be developing our 1820s area as part of the £20million project. Plans also include transport developments, including a trolleybus system. 1950s Spain’s Field Farm has been carefully recreated at the museum.

Buildings from throughout the region are being moved or replicated, and we have been working with communities to celebrate and share their stories through the new exhibits, retaining in each building a unique local identity.

The museum received a Capital Kickstart Fund award of £975,500 from the government’s £1.57billion Culture Recovery Fund for the Remaking Beamish project, which has been delayed as a result of the COVID-19 pandemic.

The Heritage Capital Kickstart Fund is one of the latest grants awarded by The National Lottery Heritage Fund on behalf of the Department for Digital, Culture, Media and Sport, and is specifically aimed at live projects that the coronavirus pandemic has had a negative impact on.

The COVID-19 pandemic continues to have a major effect on the museum and we’re extremely grateful for this funding, which enabled the restart of our Remaking Beamish project and will help us to continue to tell the story of everyday life in the North East for generations to come.

The centrepiece of the Remaking Beamish project will be the reconstructed 1950s Town – meaning that alongside existing attractions depicting life in the early 19th and 20th centuries, Beamish will once again include a period within living memory.

As well as the welfare hall, the 1950s terrace is now open and includes a café, fish and chip shop, hairdresser’s and a house based on the former home of artist Norman Cornish.

Coronation Park, which opened in May 2022, provides an outdoor space with a playground, allotments and putting green, including 1950s-style playground equipment that meet 21st century safety standards.

The 1950s Town will also include a cinema, toy shop, police houses, electrical shop, semi-detached houses and a bowling green and pavilion. Aged miners’ homes will provide a space for people living with dementia or other long-term health conditions. 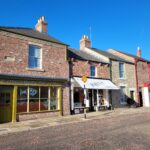 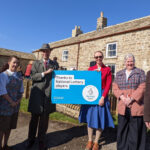 Beamish staff at the opening of Spain’s Field Farm in March.

We will also expand the stories that we already tell from the early 19th century as part of the project. The 1820s Landscape welcomed the quilter’s cottage in July 2018 – the first exhibit to open as part of Remaking Beamish.

There are also plans to build a pottery, which will include a Georgian kiln, blacksmith’s and drover’s tavern serving Georgian inspired food and drinks. Visitors will also be able to stay overnight in adjacent farm buildings and cottages converted into self-catered accommodation.

The exhibits will enhance further the story of droving, pack horse trails and early industry, providing a unique glimpse into forgotten ways of life, and visitors will be able to try their hand at traditional skills.

Alongside The 1950s Town, our 1950s Spain’s Field Farm shares the story of upland farming life in rural areas in this period. Over 1,170 tonnes of Spain’s Field Farm’s stone and timber was collected from Weardale in County Durham and the farm now sits between The 1900s Town and The 1900s Pit Village and is accessed opposite the bus depot. **Spain’s Field Farm is initially open on weekends only to allow for the ongoing construction of our 1950s Town.**

The Northern General Transport Bus Depot, which opened in 2019 as part of the project, enhances the rich and diverse stories we tell regarding the history of transport in the region. The exhibit can accommodate up to eight buses and supports Beamish’s important work of passing on heritage engineering skills. In the depot, visitors can observe the museum’s collection within the depot when they are not in use.

Restored buses will also transport visitors to and from The 1950s Town as part of the Remaking Beamish project. These will be either restored motor buses from the period, or electric trolleybuses, which will operate over the same route once the infrastructure for their operation has been developed to its fullest extent. The museum has two restored trolleybuses in the collection.

Thanks to the money raised by National Lottery players, the project was awarded a £10.9million grant by The National Lottery Heritage Fund in 2016 – a major milestone in Beamish’s history and the largest single investment ever seen at the museum.

Beamish is still fundraising for the project match funding, and there is a fundraising plan in place to guide this work.

Updates on the Remaking Beamish project will be posted on this blog, plus you can keep an eye on our Facebook and Twitter pages, or look out for stories in the Beamish Magazine. There will be plenty of opportunities to get involved throughout! 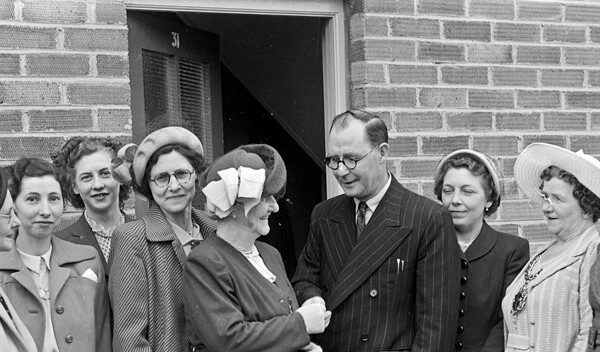 Stories from the Red House estate through the eyes of the Sunderland Echo classified ads. 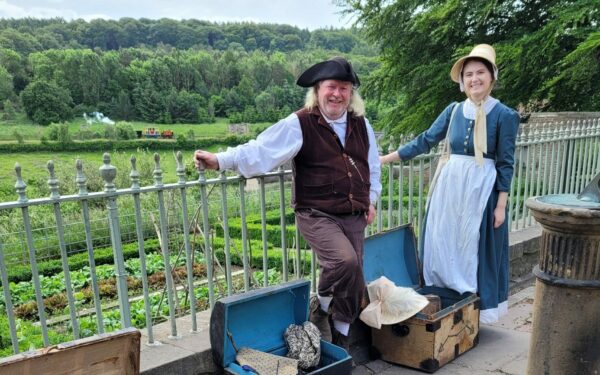 At Beamish we're exploring and highlighting a more diverse history of the North East – one in which everybody's story is welcomed and valued.

Outside Engagement – Everyone has a Story to Tell… 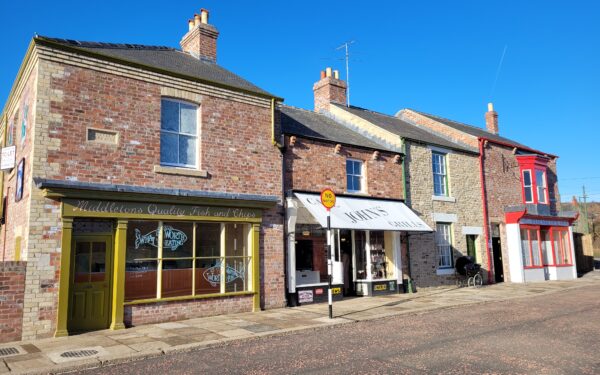 As part of the Remaking Beamish project, over the summer Beamish will be trialling some outside engagement in and around The 1950s Town.

Following the openings of Front Street terrace, Spain’s Field Farm and Coronation Park, we take a look at future Remaking Beamish exhibit openings… and there’s plenty to look forward to!