Under the government’s COVID-19 national lockdown, the museum is currently closed.

We will be reopening our outdoor areas only from 12th April 2021, under Step 2 of the government’s COVID-19 roadmap. Find out more here.

Generations of families worked down the North East’s pits – it was the industry on which the region’s prosperity was built. In 1913, the year of peak production, 165,246 men and boys worked in Durham’s 304 mines. Discover the story of North East mining at the 1900s Colliery.

The site on which the museum stands was once at the heart of the Durham coalfield.

The early 1900s were a prosperous period for North East miners, who were relatively well paid. Their wages were double those of agricultural workers, the next biggest industry.

Mahogany Drift Mine was opened on this site in about 1855 and later closed before coming back into use in 1921 to take coal from Beamish Park Drift to Beamish Chophill Colliery.

Miners faced dark, wet and often cramped working conditions. Take a trip down our drift mine and experience the reality of life underground for yourself. Entry to the mine is by guided tour only, running regularly throughout the day. Last tour is 30 minutes before museum closing time.

Don’t forget to call in to the cottages in The 1900s Pit Village to see how the miners lived.

Discover the history of miners’ safety lamps in this recreation of a typical colliery lamp cabin.

The winding engine in our 1900s Colliery is the sole survivor of a type once common in the Northern Coalfield, making it one of the most important objects at the museum.

Visit the wooden heapstead building, next to the winding engine house, where men, ponies and tubs were lowered into the mine and coal was brought up to be weighed and screened.

Get an insight into the railway network used by colliery owners. The Colliery Railway, which has standard and narrow gauge lines, hosts occasional demonstration shunting operations by Coffee Pot No.1, Lewin and Edward Sholto. The Engine Shed houses the Museum’s colliery locomotives. 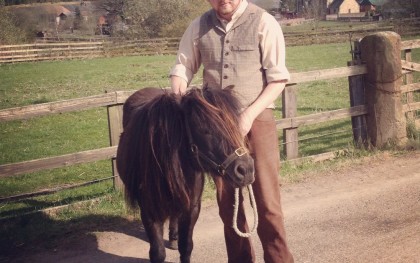 Ever wondered what the working life of a pit pony was like? If so, our Pit Pony Experience is just what you’re looking for. This is a unique opportunity to discover more about the role a pit pony played in colliery life.