The Remaking Beamish project will add to the museum’s existing attractions. The exciting project includes a 1950s Town, 1950s Farm, transport developments and expansion of The 1820s Landscape, including examples of early industry and overnight accommodation.

Buildings from throughout the region are being moved or replicated, and we have been working with communities to celebrate and share their stories through the new exhibits, retaining in each building a unique local identity. They will create new ways for our visitors to experience the heritage of the North East.

The 1950s has been brought to life at the museum with the opening of Coronation Park (opened May 2022), Front Street terrace, which features John’s Café, Middleton’s Quality Fish and Chips, Elizabeth’s Hairdresser’s and a recreation of the 1950s home of North East artist Norman Cornish, (opened February 2022), and the welfare hall (opened June 2019). Click on The 1950s Town section below to find out more.

1950s Spain’s Field Farm opened at the museum in March 2022. The exhibit shares the story of upland farming life in rural areas in the 1950s and was carefully moved stone by stone to the museum. **Spain’s Field Farm is initially open on weekends only to allow for the ongoing construction of our 1950s Town.**

The quilter’s cottage, which opened in July 2018, was the first exhibit to open as part of the Remaking Beamish project. Discover more about this story and the other exciting Georgian developments, including a pottery and overnight accommodation, in The 1820s Landscape section below.

The Northern General Transport Bus Depot houses the museum’s fleet of buses. The exhibit, which opened in November 2019, can accommodate up to eight buses and supports Beamish’s important work of passing on heritage engineering skills. Click on the Transport section below to find out more, including information on the planned trolleybus route.

Buildings will be opened as they are completed. Thanks to money raised by National Lottery players, the Remaking Beamish project was awarded £10.9million by The National Lottery Heritage Fund in 2016. 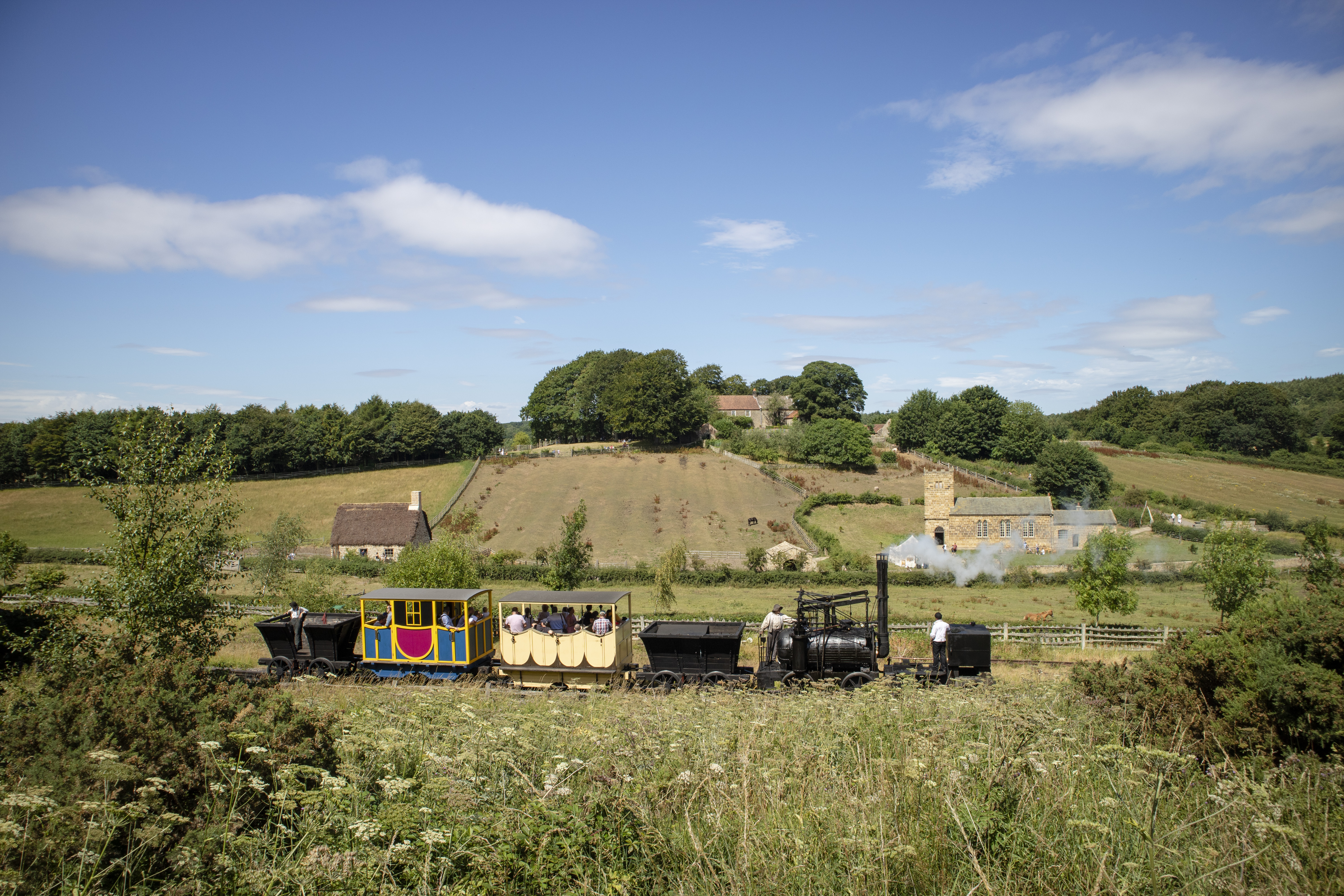 We will expand the stories that we already tell from the early 19th century as part of the project. The 1820s Landscape welcomed the quilter’s cottage in July 2018 – the first exhibit to open as part of Remaking Beamish. The recreated cottage offers a fascinating insight into the lives of poorer working people and cottage industries in the 1820s. There are also plans to build a pottery, which will include a Georgian kiln, blacksmith’s and drover’s tavern and traveller’s rest eating area. Visitors will also be able to stay overnight in adjacent farm buildings and cottages converted into self-catered accommodation.

While our 1940s Farm shares stories of wartime life in the rural North East, The 1950s Farm tells the story of upland farms in post-war Britain. Visitors can discover a decade of change in rural life and find out why many farms of this type were abandoned. Spain's Field Farm from Eastgate, Weardale, has been moved stone by stone to the museum, and has been rebuilt on land between The 1950s Town and The 1900s Pit Village as part of the Remaking Beamish project. You can see the tough conditions faced by families living in rural areas during the 1950s! 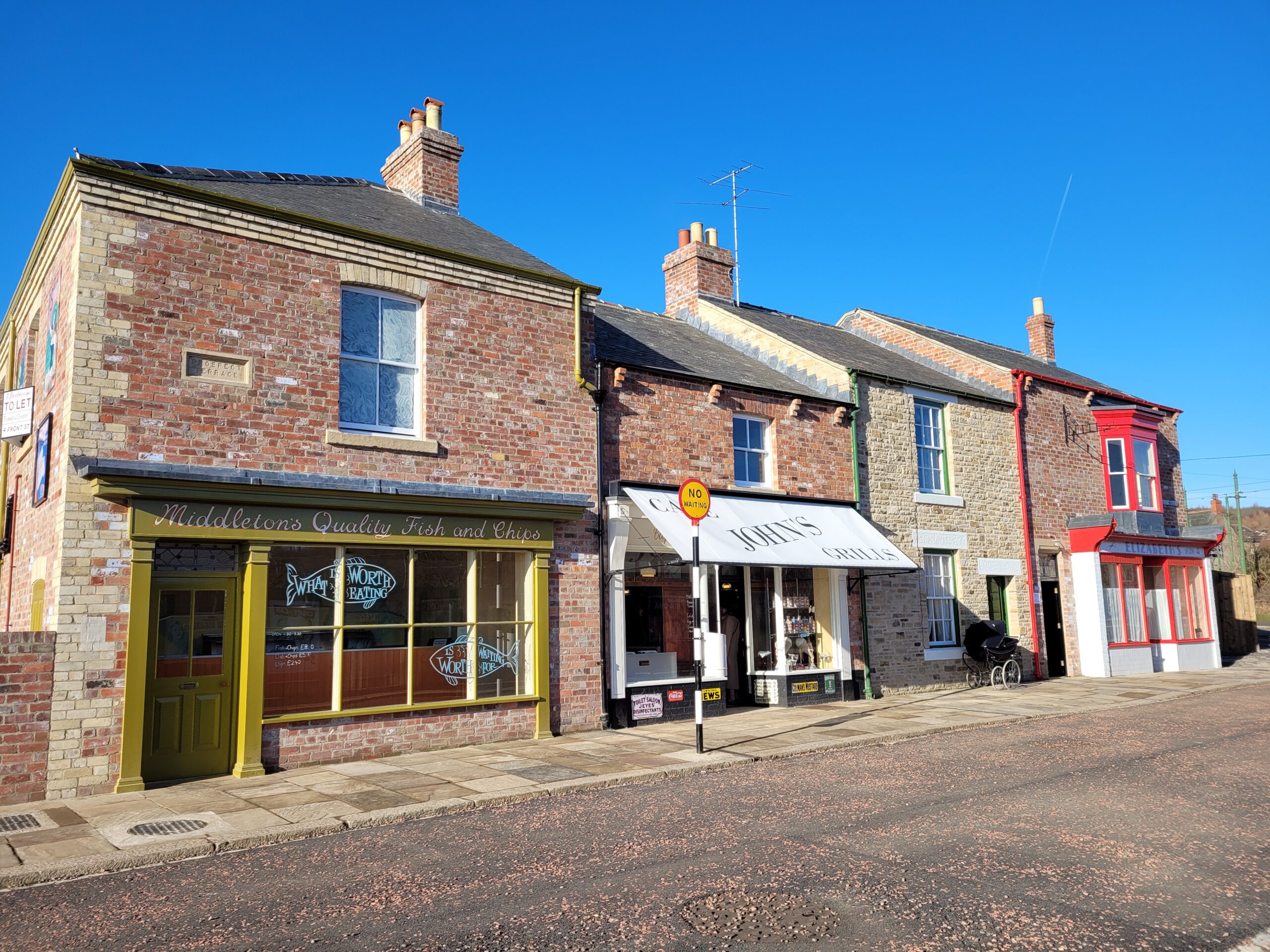 Work is underway on our 1950s Town. It represents a new decade at the museum, telling the story of everyday life in the post-war period. Visitors can visit Coronation Park and go inside Front Street terrace in The 1950s Town and get their hair done, buy delicious fish and chips, sit in the booths in John’s Café with a milkshake whilst listening to the jukebox and visit the recreated home of famous North East artist Norman Cornish. There’ll also be a cinema, toy shop, houses and more! 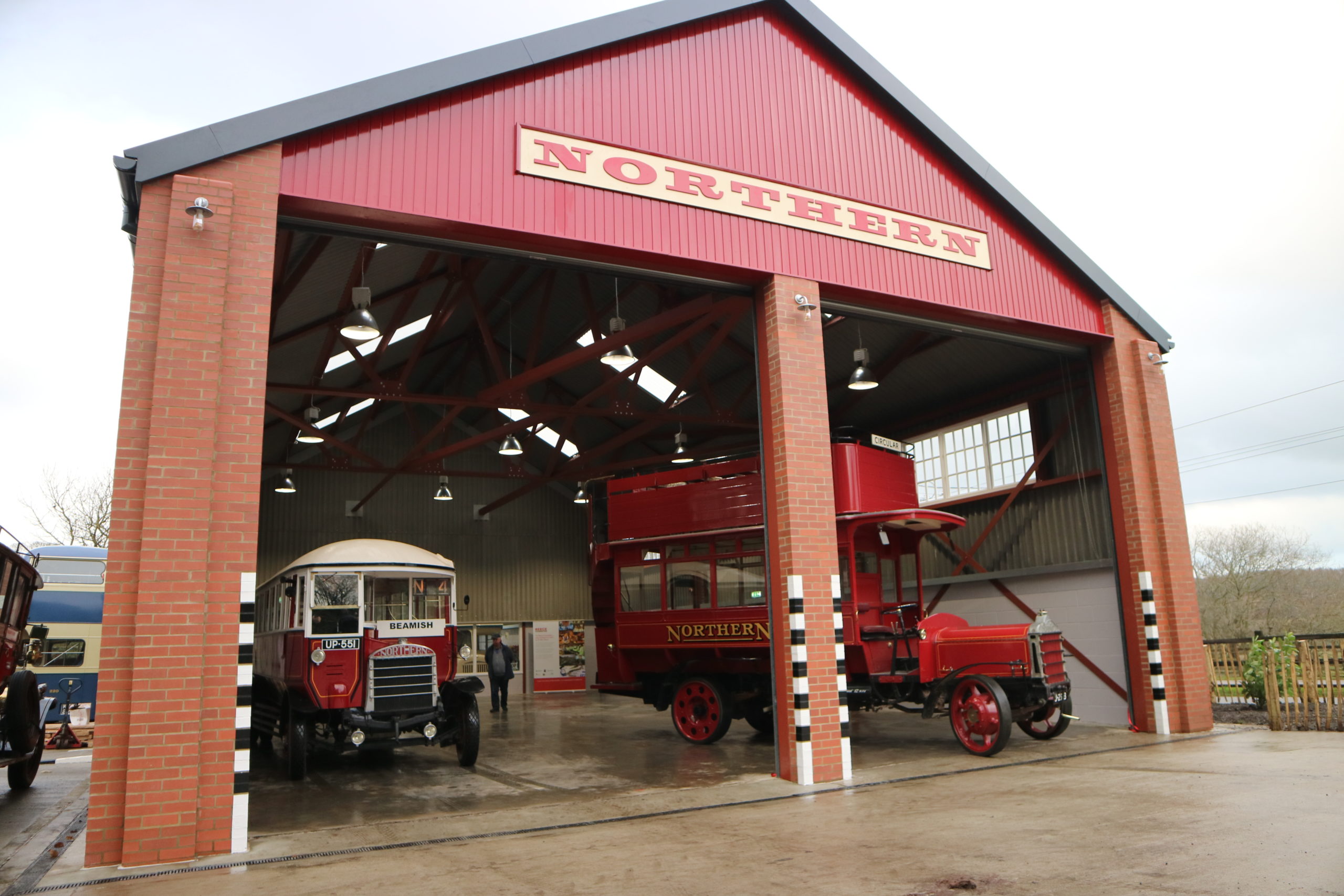 The Northern General Transport Bus Depot enhances the rich and diverse stories we tell regarding the history of transport in the region. The exhibit can accommodate up to eight buses and supports Beamish’s important work of passing on heritage engineering skills. Restored buses will also transport visitors to and from The 1950s Town as part of the Remaking Beamish project. These will be either restored motor buses from the period or electric trolleybuses. For more information on Beamish transport visit the museum's transport blog http://beamishtransportonline.co.uk/.