Beamish volunteers have finished tracing one of the last quilts made by Joseph Hedley, whose cottage is set to be replicated as part of Remaking Beamish plans. The museum’s collections include a quilt believed to have been made by Joe nearly 200 years ago. It’s thought to be one of just four of Joe’s remaining quilts.

Emma Sayer, Collections Team Leader, said: “Only two thirds of the white cotton quilt survive and as it is very fragile and incredibly valuable to the museum we are creating a replica which visitors will be able to touch.”

Volunteers Margaret and Aidan are behind the difficult and daunting task of creating a replica, which will allow visitors to understand “Joe the Quilter’s” craft.

The couple, from Whitley Bay, traced the complicated pattern onto polythene using permanent pens and had to put pins through the wholecloth quilt to secure it in place.

Margaret, 67, said: “The quilt in the collections is unique and extremely rare, preserving it was the first priority but preventing the movement of the polythene was essential. It was stomach churning! When we had finished it was a great relief to condition check it and return it to its roller wrapped in its protective layers without causing any harm to it.

“It took two sessions, we thought we were going to do it in a day. Five hours in on the first day and we had managed most of the borders and the central motif but we couldn’t go on anymore – we couldn’t see what was there!”

Aidan, 69, explained: “The white stitching, white cloth, the quilt, due to its age, was not clean and there are parts where the pattern overlaps and is very tight, all of this made it very difficult.

“The age of the quilt also made it hard to see if what was there was a stitching line or just a crease. Once we understood the pattern we could see it.”

Aidan was able to use photographs and a computer graphics program to gradually work out the complicated pattern, revealing a ring of tulips.

He said: “We photographed the finished tracing in parts and then on the computer I combined them into a single image which I then traced digitally. The lost third has been created using a mirror image of the opposite side. The result is a computer graphic that can be enlarged to any size without distortion.”

The quilt illustrates the trail, worm and fan, typical of Joe’s work. It is very finely quilted with a central star enclosed in a circle. It has an outer twist border, inner zigzag and fan border and a diamond infill.

The quilt was ordered and bought direct from Joe the Quilter in 1820 by the English family and was passed down to James Armstrong Herdman of Wall village.

When asked why Aidan and Margaret had decided to take on such a challenge, Margaret said: “It was a job that needed to be done. There are a lot of visitors to Beamish who have never even seen a hand quilted quilt, it will enable visitors to understand a tradition in this area that has never died, quilting has been around for hundreds of years.

“I feel proud to be doing this, it’s fortunate that we know Joe’s story and I feel quite a responsibility and a privilege to enable visitors to understand how important textiles were.”

Aidan added: “Textile work now is considered a pastime, back then it was an important part of people’s livelihoods.”

Margaret said: “There was an informal discussion of the possibilities of capturing the pattern. As a member of The British Quilt Study Group I remembered an article on tracing antique quilts leading to replication.”

Margaret put out an appeal to the group and one member sent her information describing the process. She sent the details on to Beamish and the decision was made to use it.

Now that the pattern has been traced, a life-sized printout will be transferred to fabric and Margaret and Aidan will begin work to create the replica. They will be using a modern quilting frame and it could take six months to a year to finish.

We will be recreating the full quilt, which is about 8ft square, and there will be a gap to show where the original ends and the “lost” final third starts.

When asked what they thought of Joe’s original quilt, Margaret said: “Oh it’s wild, it’s extremely skilled. You’ve got to wonder how the blazes did he do it?”

The interior of Joe’s cottage was only 8×5 metres and when making the quilt inside he would have worked in a one-windowed room in an estimated space of about 4×1.5 metres – so creating the quilt must have been a very difficult task.

The elderly widower was killed in January 1826 in his isolated Tynedale home. A recent archaeological dig carried out by Beamish staff and volunteers located the site of Joe’s cottage and revealed some interesting finds including a silver groat.

Following the excavation, updated plans have been drawn up to show how the building might be replicated at Beamish.

For more information and updates on Joe the Quilter visit the Buildings Blog: https://beamishbuildings.wordpress.com/. 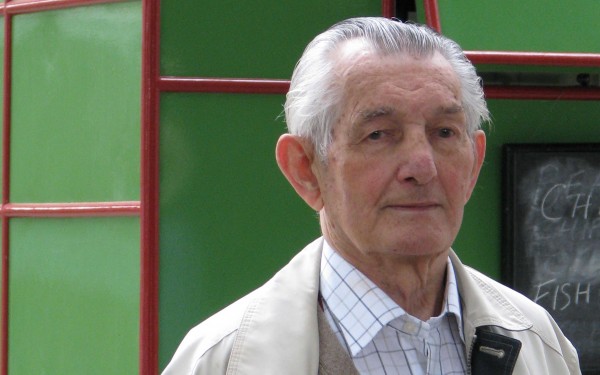