A 1950s electrical shop at Beamish, The Living Museum of the North will help to inspire the engineers of the future thanks to a £100,000 grant from the Reece Foundation.

Beamish is incredibly grateful that the Reece Foundation has now donated an amazing £1million in total to the museum over the past 12 years to support the museum’s STEM (science, technology, engineering and maths) projects.

The latest funding will allow thousands of children, families, schools and groups to take part in hands-on STEM activities at the electrical and repair shop, which will be built in Beamish’s 1950s Town. The exhibit will be named A Reece Ltd, Radio and Electrical Services, after North East engineer Dr Alan Reece, who founded the Reece Foundation.

Sally Dixon, Assistant Director Partnerships & Communications at Beamish Museum, said: “We’re extremely proud of our long-standing relationship with Reece Group. The partnership was established in 2009 and has evolved and matured over time, and with the support for the electrical shop, the Reece Foundation has donated an incredible £1million to museum projects.

“Beamish is perfectly placed to support Reece in raising the profile of their key message, ‘engineers solve problems’, and we very much look forward to working with the team there for years to come, inspiring the engineers of the future. Thank you so much for your much-valued support!”

The 1950s Town is part of the £20million Remaking Beamish project, which also includes a 1950s Farm and expansion of The 1820s Landscape.

The downstairs workshop of A Reece Ltd, Radio and Electrical Services will be an immersive space for STEM learning activities for visitors, with topics such as electronics, circuitry and basic fault finding and repairs. Above the shop will be a bespoke STEM learning workshop set up just like a 1950s electrical repair space that will be used by a range of people including school groups, youth clubs, health and wellbeing groups, and for teacher training.

The workshops are where people in the 1950s would have brought their items to be repaired. The shop’s showroom at the front will tell the story of the increase in domestic appliances and the changes in technology during the 1950s – featuring the latest electrical items on display such as radios, hairdryers, fridges and lighting. The 1950s is also a decade that saw a huge rise in television ownership. An upstairs showroom will feature a display of televisions, as well as 1950s records which were a common sight in electrical shops such as these.

The Reece Foundation is a charity set up 2007 by Dr Reece, and aims to increase the long-term and sustainable prosperity of the North East through the promotion of engineering and manufacturing. The foundation focuses on the improvement of education in engineering and related science and maths subjects. The foundation is supported by the late Dr Reece’s family and the Reece Group.

Anne Reece, Chair of Reece Foundation, said: “Reece Group and Reece Foundation are delighted to partner with Beamish Museum in their mission to bring the past alive and to use it to inspire the generations of the future.

“Right now we are realising the value of sustainability and the necessity to reduce waste – to repair and to reuse. We couldn’t have a more relevant place than the electrical repair workshop for today’s society – despite the fact it’s inside a village street from the 1950s. We must relearn and value those skills and our workshop will make a significant contribution to this aim.”

The partnership between Beamish and the Reece Foundation began in 2009 and has led to an exciting range of projects using Beamish’s collection to inspire the engineers of the future, including a specialist STEM Learning Co-ordinator and activities.

The Reece Foundation has also supported the engineering workshops in Beamish’s bus depot, and also the development of the museum’s Regional Heritage Engineering Centre (RHEC), which has enabled a wide range of restoration projects to take place, as well as engineering apprenticeships, volunteering and a young engineers’ club.

Beamish is a charity, with 95 per cent of its income from visitors, so the COVID-19 pandemic has had a major impact on the museum. During the pandemic, Reece helped the museum by stepping up its support for Beamish’s STEM learning programme.

The foundation also supported the charity Special Lioness to bring families on a visit to Beamish last summer.

Work on the Remaking Beamish project is progressing – the 1950s terrace and Spain’s Field Farm both opened recently (the farm is currently open on weekends to allow for the ongoing construction work on The 1950s Town). The A Reece Ltd, Radio and Electrical Services store is due to open next year.

Thanks to the money raised by National Lottery players, the Remaking Beamish project was awarded a £10.9million grant by The National Lottery Heritage Fund in 2016. Beamish is still fundraising for the remaining project match funding, and there is a fundraising plan in place to guide this work.

For more information about the Remaking Beamish project, visit https://www.beamish.org.uk/remaking/about-remaking-beamish/ 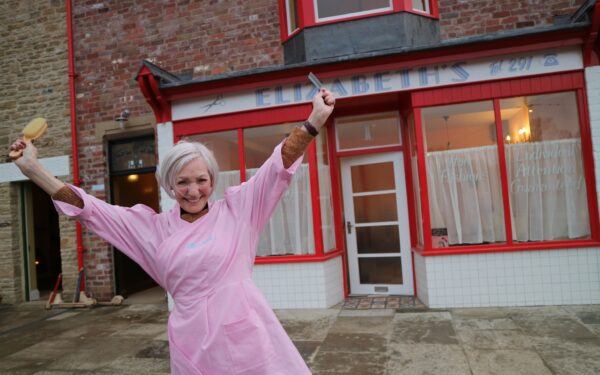 Beamish, The Living Museum of the North has opened its 1950s terrace! Visitors can enjoy a week of celebrations this February Half Term, 19th to 27th February 2022.

Farm opening at Beamish after being moved stone by stone 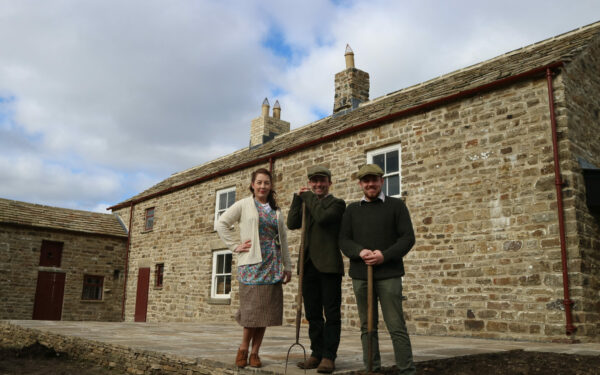 A farm that has been moved stone by stone and rebuilt at Beamish, The Living Museum of the North will open its doors to visitors this weekend (Saturday, 19th March).