Staff and volunteers at Beamish, The Living Museum of the North are celebrating a £10.9million grant from the Heritage Lottery Fund (HLF) today (Thursday, 13th October).

The funding is a major milestone in Beamish’s history and it will help the museum create a range of new ways for people to experience the heritage of the North East, in a major project called ‘Remaking Beamish’. It is the largest single investment ever seen at Beamish.

The decision by the Heritage Lottery Fund means that work to deliver the Remaking Beamish project will now begin this winter. The project will add to the existing attractions at Beamish and will take around four years to be completed – the museum, in County Durham, will remain open for visitors throughout.

Beamish uses its outstanding collections to tell the story of everyday life in the North East. Over the past four years, buildings and thousands of objects have been added to the collections to prepare for the project to begin this year. Now, as part of the £18million scheme, over 30 new exhibits will be created across the museum site. Buildings from throughout the region will be moved or replicated and Beamish is working with communities to share their heritage. For further information on the planned exhibits please click here.

The centrepiece will be a reconstructed 1950s Town – meaning that alongside existing attractions depicting life in the early 19th and 20th centuries, Beamish will once again include a period within living memory. Plans include a fully operational cinema moved brick by brick from Sunderland, as well as examples of shops and housing from across the North East region. The home and studio of Spennymoor artist Norman Cornish will be replicated. A block of Aged Miners’ Homes will be copied to create a pioneering centre for older people, including those living with dementia.

Beamish will also expand the stories that it already tells from the early 19th century as part of the project – including exhibits for people to stay overnight in the museum. Plans include reconstructing a “lost” coaching inn from the Great North Road near Scotch Corner on the A1 – which will be open for visitors during the day as well as offering overnight accommodation. Self-catering accommodation for families in 1950s pre-fabricated homes is also planned.

Alongside the reconstructed 1950s Town the museum will also show what life was like in rural areas in this period, by rebuilding a farm that has been collected from Weardale in County Durham. A 1950s trolleybus system and restored buses will transport visitors and a bus depot will help pass on heritage engineering skills.

The impact of the project is expected to be significant. Nearly 100 new jobs will be created alongside more than a thousand training opportunities – including 50 apprenticeships. Beamish already attracts nearly 700,000 visitors every year and by 2020 this number is expected to grow further, with 100,000 more tourists attracted to the region. 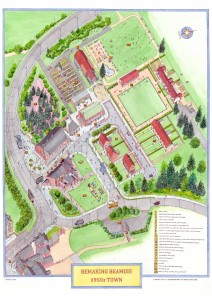 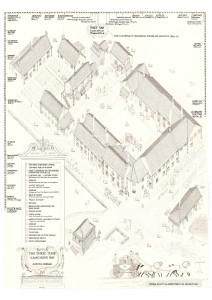 Richard Evans, Beamish’s Director, said: “This is just incredible news – and I am so proud of everyone at Beamish who has worked so hard to achieve this amazing success.

“We’d like to thank the Heritage Lottery Fund and all of the National Lottery players who have made this possible.

“The project is the result of years of careful planning – with staff and volunteers working alongside people from across the North East so we can tell their story. We couldn’t do this without the help and support of local people – and are so grateful for the donations we have received of buildings, objects and stories.

“I hope people from all across the country will enjoy seeing the new exhibits being created in the museum over the next four years. These are exciting times for everyone who cares for Beamish – our visitors, supporters, staff and volunteers. This is the most ambitious project we’ve ever undertaken – building on our successful growth in recent years – so we can all achieve even more in the future.”

Ivor Crowther, Head of HLF North East, said: “Thanks to money raised by National Lottery players, we’re delighted to support this vital next step for Beamish, allowing one of our region’s most popular attractions to continue to build on its success and open the door to another decade of North East life.

“From the creation of jobs and training for the next generation, to establishing a pioneering wellbeing centre within an historic setting, today’s investment truly puts people at the heart of their heritage. Congratulations to all involved and here’s to a bright and secure future for Beamish, its staff and the thousands who visit each year.” 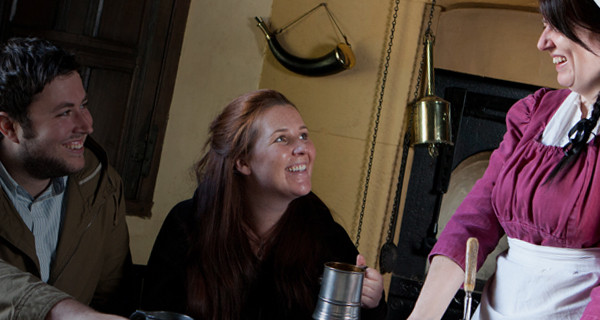 Beamish Museum’s plans to build a 1950s Town, Georgian coaching inn and a replica of a Weardale Farm have been approved by Durham County Council’s Planning Committee.

Community Centre going back to 1950s at Beamish

A community centre from County Durham will be recreated at Beamish Museum as part of its planned 1950s Town. 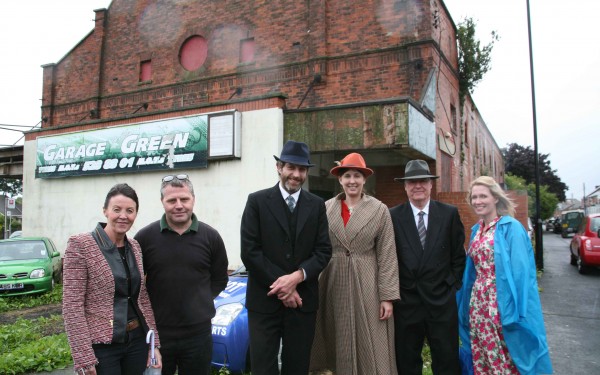 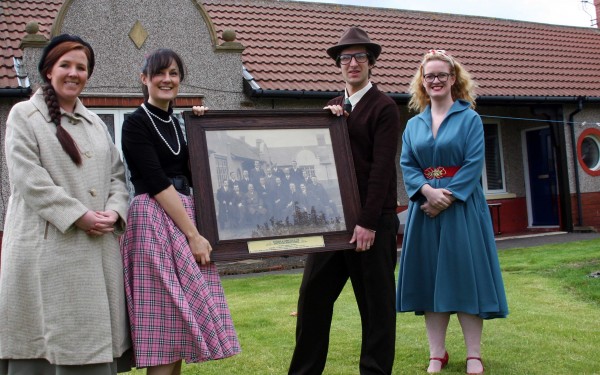 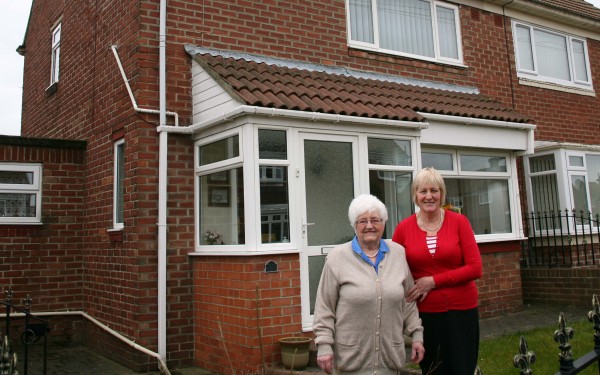 Esther Gibbon and Linda Gilmore are celebrating today after winning a public vote to have their 1950s house replicated at Beamish Museum.