You might have spotted Beamish on the very last episode of Downton Abbey on Christmas Day 2015.  320 million visitors around the world have either seen, or will soon see, our sweet shop and garage – covered in snow, although it was mid-July! But what other programmes have you spotted at our fantastic location?  Apart from local news broadcasts by ITV Tyne Tees and BBC North East & Cumbria, we’ve come up with around 290 crews who have filmed here.

We’ve had huge drama crews, one man and his camera, documentary makers, children’s programmes, live outside broadcasts………. it’s difficult to pick out highlights, but here goes.

Perennial children’s favourite Blue Peter has visited us on 5 occasions , in 1976, 77, 85, 98 and 2000. Lots of other children’s programmes followed suit – who remembers Roland Rat, Supergran, Saturday Superstore and The Riddlers? They’ve all visited Beamish.

Documentaries by the dozen have filmed here – ‘Rebuilding Britain’, BBC 1’s ‘The History of the World’ Fred Dibnah’s Victorian Heroes, Ant & Dec’s A History of Tyneside and a whole host of others.  We’ve had crews from as far afield as Germany, the USA, Australia, Japan and Korea.

Sometimes the programme is all about Beamish,  sometimes we may just get a namecheck in the script or credits.  And then there are the dramas……. we’re simply a location, but to anyone who knows the museum well it’s a great opportunity for a bit of Beamish spotting.

We were a perfect setting for the dramatisations of Catherine Cookson novels in the  1980s and 90s, and they’re still being rerun regularly on satellite channels.  The Fifteen Streets, The Black Candle, The Wingless Bird and several others have Beamish scenes in them – look out for Pockerley Old Hall, The Town, Pit Village and Railway Station – all have ‘starring roles’!  The Monocled Mutineer, starring Paul McGann,  Joe Maddison’s War with Kevin Whately, Robson Green and Derek Jacobi, Pobol y Cwm, the BBC’s longest running Welsh language soap-opera – we’ve welcomed them all. 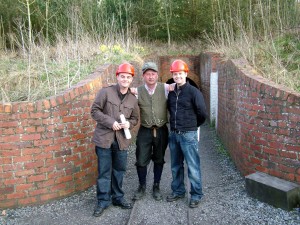 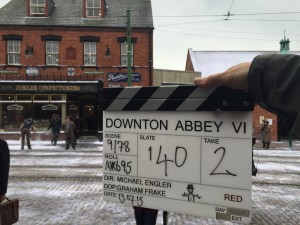 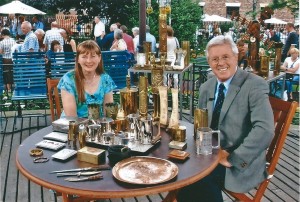 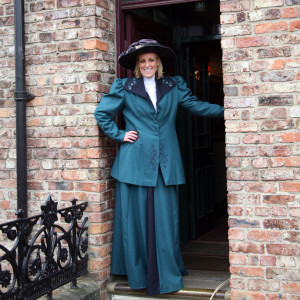