Visitors will be able to enjoy Georgian inspired food and drink at the new Drover’s Tavern based in the farm buildings behind Pockerley Old Hall.

Offering internal and external seating, visitors will be able to get closer to the lives of the drovers who moved livestock up and down the country and sought shelter and refreshment at taverns often incorporated into farmsteads. A variety of Georgian refreshments will be on offer including seasonal dishes that would have been enjoyed around the region in the 1820s. The tavern will be a cosy, dark establishment, recreating farm hospitality (pre-public houses) for drovers. The courtyard outside will be an attractive location for visitors to consume their refreshments and become immersed in the sights and sounds of the traditional industries of potting and blacksmithing taking place around them.

Droving, the movement of livestock (cows, sheep and geese) to market, was undertaken by drovers on foot. As many as three hundred cattle could be driven by one man, assisted by up to three dogs per fifty cattle. The job was recognised as a profession and was usually carried out by men.

Un-metalled roads were preferred as this was easier for cattle to walk on and allowed for local deviation around routes in poor condition. Routes remain today, as footpaths and tracks.

Taking refreshment and finding overnight grazing was the drover’s greatest need and farms established a “code” through the planting of trees (three yew trees were commonly used in England to advertise an inn and grazing to drovers). What was offered in taverns and inns varied, but most had at least one bed available and served food and drink (usually ale) to travellers.

The droving story builds on interpretation and activity already delivered in our 1820s Landscape at the museum, with appropriate horse breeds already recreating the pack horse scene around the Georgian area.

There are also items in the museum collection associated with droving and management of livestock, such as tarring bowls and brands, and crooks, which visitors will be able to discover more about. 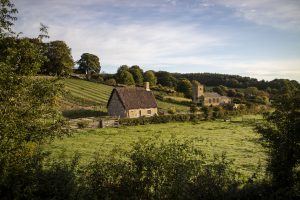 Discover the fascinating story of renowned Georgian quilter Joseph Hedley as you visit the recreation of his beautiful heather-thatched cottage in our 1820s Landscape. 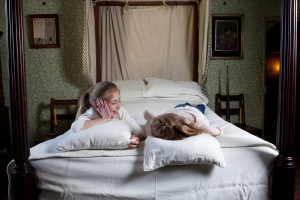 For the first time, visitors will be able to stay overnight at Beamish, offering a unique and immersive Georgian experience in farm buildings original to the Beamish site. 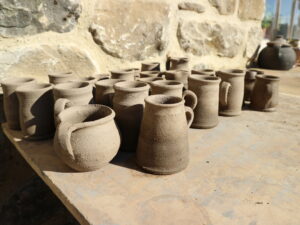 We will expand the range of early cottage industries which visitors can experience with the introduction of a small Georgian pottery in The 1820s Landscape.