All fired up for Beamish Great War Steam Fair!

Join us for our annual (and famous) steam fair, with a First World War focus, the 2018 Great War Steam Fair promises to be a fascinating event.  This fantastic four-day event is set to feature a whole host of road vehicles, engines and trains from the period up to 1918 in spectacular action around the museum.

The extraordinary line-up of around 120 exhibits includes steam locomotives, around 26 road steam vehicles and up to 80 motor vehicles, such as motorcycles, cars and lorries and a fire engine or two! There will be a real sense of the roads and railways of the Home Front during the Great War, including a fine selection of military vehicles.

Our Narrow Gauge and Colliery Railways will be in operation plus there will be passenger steam train rides from Rowley Station.

Across the museum there will be First World War reenactors with fascinating displays and stories to tell, helping us to set the scene during this thought provoking event.

“Although contemporary lorries were commandeered for army service, huge growth in road transport took place during this time.  Throughout the four days of this event, the museum’s streets and roads will echo to the sound of motor and steam transport, road building and other trades.

This will be a spectacular commemoration of the men and women, and their machines, who played a largely unsung role in supporting the fighting troops throughout the years of conflict, 1914 – 1918.” 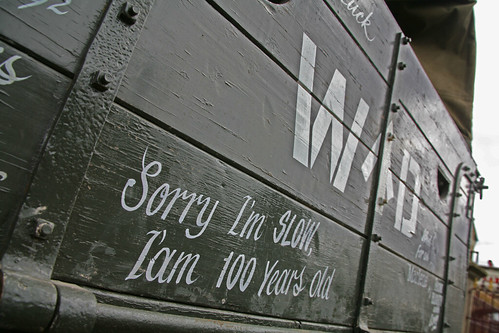 As with all daytime events, you can use your Unlimited Pass!

Beamish reserves the right to alter or change this programme at any time.