Join us for this special transport-themed weekend as we play host to around 20 road steam engines and rollers, along with around 25 internal combustion vehicles.

The Waggonway, Colliery Railway and narrow gauge lines will also be in operation throughout the weekend. We’re excited to announce that Talisman, a Fowler B6, alongside a number of fellow Fowler road locomotives, will be taking part in road-haulage runs around the museum. Talisman has been built from scratch and is a recreation of a Fowler B6 Big Lion road locomotive, taking six years to build by Alex Sharphouse.

From Wednesday, 30th March, no booking is required from 1pm onwards. Visitors will still need to pre-book for 10am, 11am and 12pm timeslots to help us manage the flow of visitors through our Entrance building during our busiest times, but from 30th March if you are visiting from 1pm onwards, you can just turn up and won’t need to pre-book (last admission is one hour before closing time). 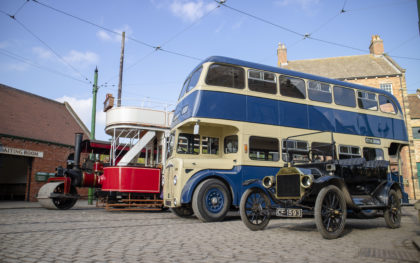